The Energía de Mujer Award (Women’s Energy Award) is a national award that reflects Enel Group's commitment to the country’s social and cultural development and to strengthening the role of women in our society. This award recognizes women recognized in different categories and who are nominated by the Group's workers.

It originated in 2007 as a way of commemorating International Women’s Day, with the objective of giving public recognition to those women who have made a significant contribution to the development of Chilean society from their own particular field.

Over the past thirteen years, over 160 women have received the award.

Winner of the 2020 Women’s Energy Award 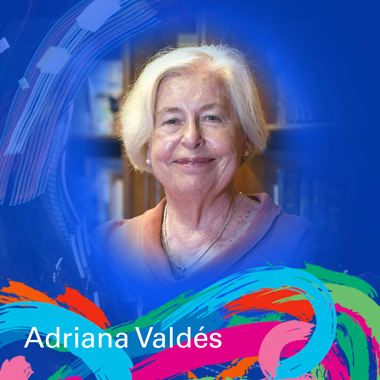 Life Achievement
Director of the Chilean Academy of Language and President of the Institute of Chile. She is the first woman to hold these positions in the history of both institutions. Considered to be one of the most renowned essay writers in Chile, her work has been recognized as multidisciplinary, with distinction in the fields of literature and visual arts. In 2010, she received the Altazor Award for her essay “Enrique Lihn: vistas parciales.” In 2018, she received the Municipal Literature Award in the Essay category for “Redefinir lo humano: Las humanidades en el siglo XXI.” 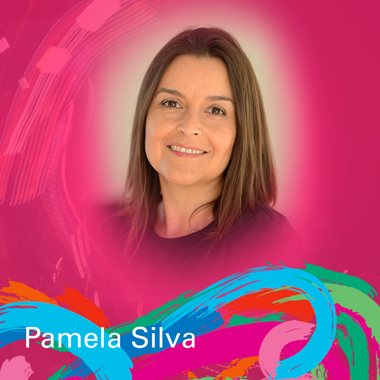 Enel Woman
Senior specialist in Social Responsibility and Institutional Relations for Enel Group in Chile. During her career at the company, she has participated in corporate volunteer programs. Thanks to her charisma and camaraderie, she has become a leader on social issues within the company, spearheading the “Code Blue” program implemented in the winter in coordination with the Ministry of Social Development, to use and equip the Enel Group gymnasium as a shelter. 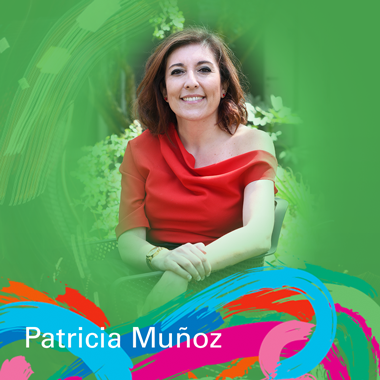 Public Service
First Chilean National Defender of Childhood, law degree from Universidad Católica de Temuco and former Director of the Human Rights, Gender Violence and Sex Crimes Unit of the Federal Public Prosecutor's Office. She assumed the position on June 1, 2018, and has worked fearlessly to always put first the rights of children and adolescents. 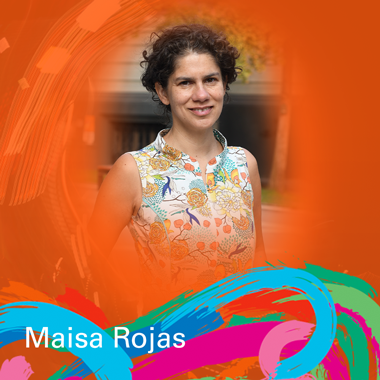 Environment and Sustainability
She has become a role model in Chile and the world in describing the causes and challenges represented by climate change. Here paleo-climate research is focused on understanding evolution and the dynamics of the climate system in the Southern Hemisphere during the last 25,000 years, to put anthropic climate change in context. At present, she is the Director of the Center for Climate Science and Resilience, and a member of the Geophysics Department faculty at the University of Chile. She was a coordinator on the COP25 science committee. 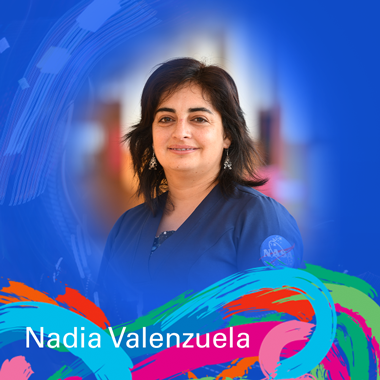 Contribution to Education
Science teacher and researcher on space farming. She works in a school in Anglo, where 97% of her students come from vulnerable backgrounds. She managed to convince NASA to donate an instrument known as a clinostat (it is the only school that has it, and there are only two in the country) to allow the students to study seeds to evaluate the possibility of creating space farms in the future. She has also led her students in reforestation projects and beach clean-ups, among others. In November 2019, she received the Global Teacher Prize Chile. 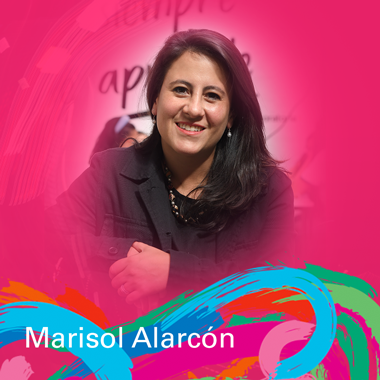 Innovation and Entrepreneurship
Business degree from Universidad Adolfo Ibáñez and Master's in Public Administration in Development Practice from the University of Colombia. She is a partner for Laboratoria, a Latin American social entrepreneurship that offer web developer and UX developer training for women who were not given good opportunities, assisting them in their insertion into the digital industry labor market. Marisol led the project in Chile during its early years, and is now the Chief Partnerships Officer for Laboratoria Regional, managing relations with its global alliances. 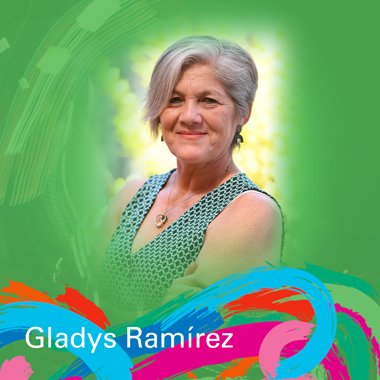 Community Work
Better known as “La Popa,” resident of Cerro Navia who has used her own life experience as an opportunity to offer ongoing assistance to others. She founded Amigos de Jesús, which now works with 70 youth and adults with disabilities in Santiago and Curicó. 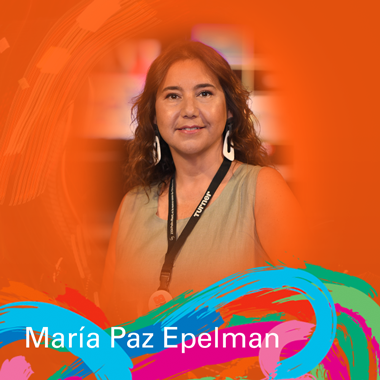 Journalism
Journalist and Social Communications Degree from the University of Chile, Newfield Network-certified Ontological Coach She has 30 years of experience in the fields of strategic communications and sustainability. She was President of Acción Empresas, advisor for a number of companies and institutions, and was twice named among the top 100 women leaders by El Mercurio and Mujeres Empresarias. At present, she is the New Director for Turner Chile, where she has led the integration of CHV Noticias and CNN Chile, and the incorporation of topics such as science, technology, environment and gender equality into these media outlet’s journalism agenda. 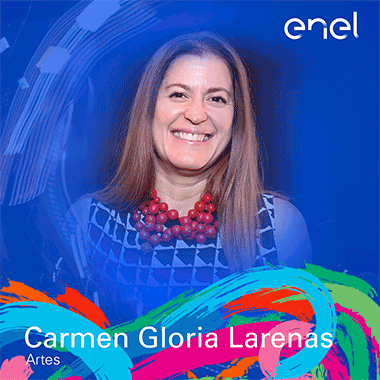 Arts
First woman to assume the position of Director General of the Santiago Municipal Theater. Trained in ballet since she was a child, she was a professional ballerina for 10 years with the Santiago Ballet, where she worked with different international figures. She was part of the team that founded the Teatro del Lago in Frutillar. Throughout her career in entertainment and cultural management, she has created and led national and international arts and educational projects, in collaboration with artists such as Yo-Yo Ma, Marianela Núñez, Sonia Yoncheva, and others. 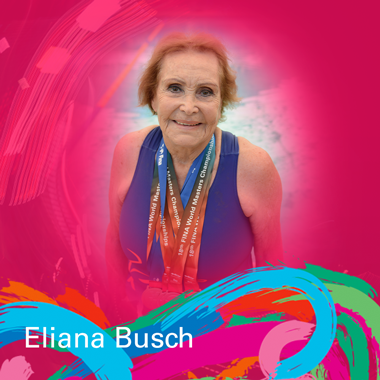 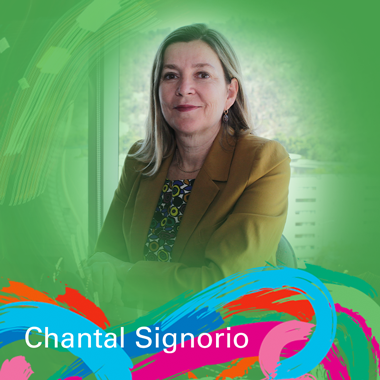 Contribution to Public Debate
Political scientist and Executive Director of the Puerto de Ideas Foundation, a non-profit that holds two festivals a year focused on expanding access to cultural and scientific knowledge through literature, history, neuroscience, mathematics and other disciplines. She has received awards for her work and is one of the judges for El Mercurio’s Top 100 Women Leaders.

The prize seeks to highlight the achievements of women who have made a significant contribution to Chilean society, and whose example may inspire other Chilean women in their own careers or fields.

It also aims to be as representative as possible of the diversity of areas in which women have made exceptional achievements.

We award a prize to the woman who has stood out as a role model for the arts, music and/or literature, either through a particular piece of work or her work in general, and who has actively helped to construct the country’s cultural identity.

We award a prize to a woman in politics or public service who has made a significant contribution to improving public policies and has shown commitment to the well-being of Chilean society.

We distinguish the woman who has best promoted environmental care and protection and stood out as an ongoing force for energy efficiency in Chile or who has set out to make the country more sustainable through leadership of opinion or the implementation of concrete projects.

We award a prize to a woman who has shown commitment to promoting and improving education in Chile through specific projects in the classroom or as a leader of opinion in this important field.

We give this award to a woman whose projects and initiatives have succeeded in generating innovative and creative solutions for the development of a better Chile.

6. Work with the Community

We recognize a woman who has successfully implemented projects or led institutions that address a specific social problem, thus substantially improving the quality of life for a particular community.

We award this distinction to a woman who, as a journalist, has been able to lead editorial or journalistic projects that contribute to Chilean society, with an objective and independent vision, or who, through her work, has managed to disseminate information of national interest that contributes to the public debate.

We recognize a woman who has achieved national and international renown through sports, thus contributing to Chile’s prestige in this area.

We award this prize to a woman who, from her discipline, has contributed to the debate of ideas or public policy in a bid to promote the country’s development.

We recognize a woman with a long and respected track record of supporting Chilean society in general.

The employees of Enel Group recognize a woman who has stood out for her work, support and promotion of the company’s values and strong commitment to the company.

How are the winners selected?

The award is divided into 12 categories for each of which a shortlist is submitted to the jury out of proposals put forward by employees of the Enel Group (over 2,000 employees) and the group’s Communications Department.

Before the shortlist is compiled, candidates are evaluated and their contribution in their areas of action is analyzed. The resulting shortlist is then presented to the jury. Women who lead change in Chile The hands that give life to the Energía Mujer award