In August 2019, workshop member Marcelo Paredes gave his thoughts on the launch of inclusive cookery in the Atacama Region: "We feel proud and happy because at last, we have this beautiful space for cooking. We do everything here: main courses, pastries, the works. Now we have more professional equipment to keep on going with."

It is known as Inclusive Cookery and stands as a JJ Latorre School project in Mejillones, in partnership with the Mejillones Industrial Association, to become a supplier for the different companies that operate in the zone.

The inclusive kitchen is located within Juan José Latorre School and serves as a place for work and learning where market-ready foods are prepared.

Each day it welcomes young people aged 16 to 24 with cognitive disabilities, who develop their culinary skills and at the same time build their future.

This center is considered a district benchmark for training young people with disabilities.

Recent years have seen great strides in inclusivity. Awareness has risen. Although the company still has many opportunities for becoming a more inclusive corporation, major advances have been made.

A glance at the website www.thevaluable500.com clearly shows what it is about. Large-size text in the center proclaims that disability is your business, followed by a heart symbol, which is also featured on the site’s logo. A description follows: The Valuable 500 is the global CEO community revolutionizing disability inclusion through business leadership and opportunity.

The Valuable 500: The global community of which Enel is a member.

"Enel Group's membership of the Valuable 500 comes from a series of integration and inclusion steps within the group. We have had key milestones like our global approval of a set of Human Rights Policies in 2013, followed by a Diversity and Inclusion Policy in 2015, which formalized our commitment and specified guidelines for moving towards developing a company of everyone, for everyone,” says Daniel Rossi, Head of Power Gen. CSV & Sustainability Projects at Enel Chile.

This is a long road, a journey that is becoming ever deeper. The company moves towards identifying and appointing disability focal points within the organization in all countries where the group operates. Rossi explains what all this is about: "working more actively on inclusion within the organization, guided by our colleagues who have disabilities."

“It was in 2019, and the group joined The Valuable 500, a business community that aims to value disability. The Valuable 500 invites its partner companies to begin a journey of internal and external reflection that allows a disability plan to be positioned in the corporate world. Indeed, after the company joined the initiative in 2019, in 2020, it worked on designing an action plan for each country to feed into the group's global plan.”

Centering on people is a fundamental factor, a part of the Enel Group’s corporate strategy.

Daniel Rossi explained how people centricity “is about people both within and outside the organization, those who work every day to make this strategy a reality (internal) and those with whom we actively collaborate to promote sustainable development through our activities (external).”

“Under this people centricity outlook, it is vital to eliminate the barriers that exist in a society that limit the autonomy and independence of people with disability, and our role as a service company allows us to make significant contributions. One essential point is that this is achieved not only through practices that promote inclusion within the organization but also by understanding business opportunities that are opened up through inclusion.”

According to the latest census in Chile, the figure comes to over 2.8 million people, 17% of the population.

Other cases in Chile

In 2020, with the action plan under development, the company looked not only at areas for improvement but also at existing best practices.

Braille bills have been available to customers for several years as a highly valued offering for visually impaired clients. Similarly, in 2019 efforts were made to adjust infrastructure at commercial offices to ensure universal accessibility.

In community inclusivity, the company has been working since 2017 on several initiatives with key interest groups, including universal accessibility in the resettlement process for Coronel.

As the Valuable 500 initiative notes: why let this potential go to waste? 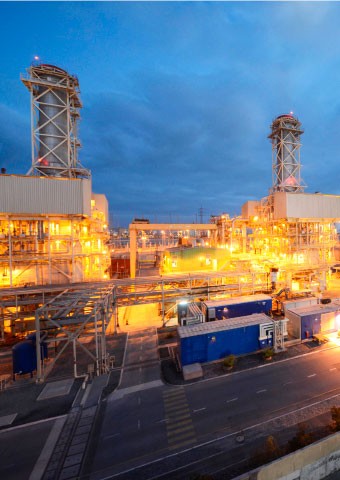 Efficient use of water: San Isidro and circularity in its processes