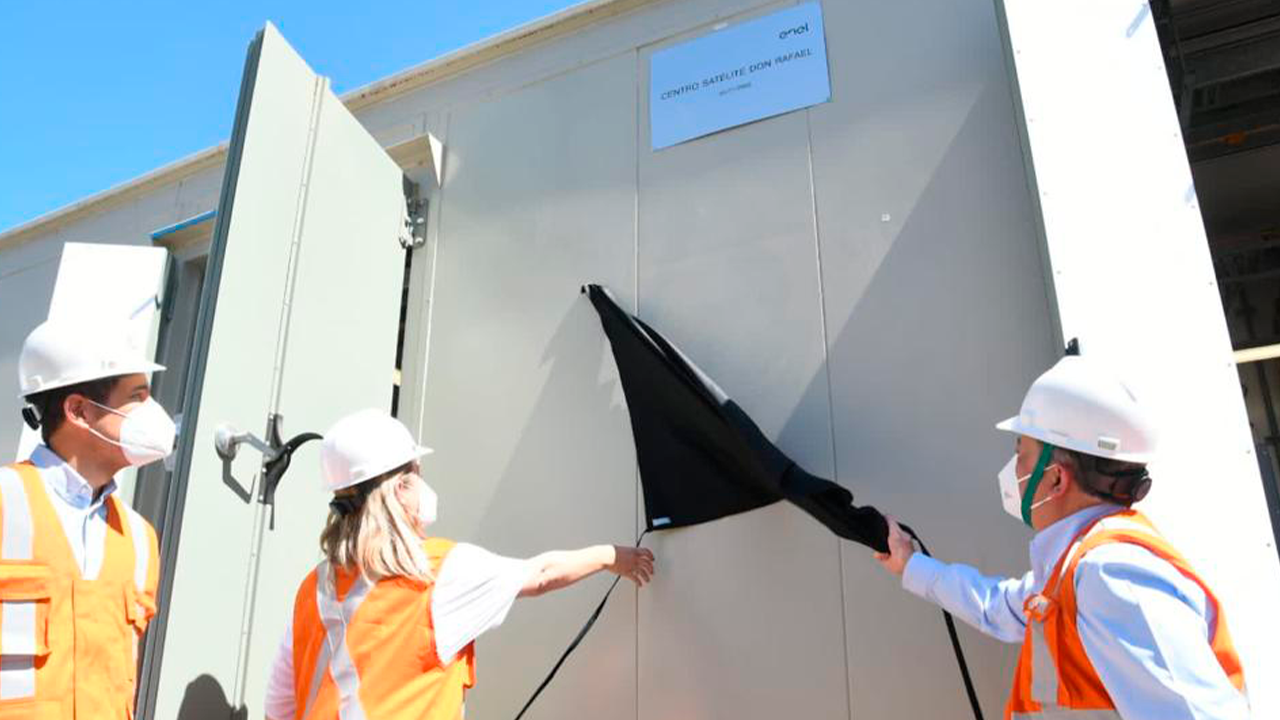 Santiago, March 10, 2022 – As part of Enel Distribución's initiatives seeking improvement of its procedures and facilities, the company launched Don Rafael Satellite Center in the municipality of Colina, the second of its kind in the country. These facilities are equipped with state-of-the-art technology, strengthening and making the network more adaptable, allowing it to operate with greater flexibility in an emergency.

This morning's inauguration was attended by Gonzalo Méndez, Seremi de Energía; Isabel Valenzuela, Mayor of the Municipality of Colina; and Ramón Castañeda, General Manager of Enel Distribución Chile, as well as executives from Sacyr.

“In November of last year, we opened the Centro Satélite Centenario, located in the Pudahuel district. We became the first electricity distribution company in Chile to have this technology. Today we are continuing to make progress in this direction and are reinforcing this commitment by opening a second unit, enabling us to optimize our quality standards and supply continuity," said Ramón Castañeda.

A satellite center is used to divide power consumption into small load blocks to significantly reduce impact levels in the event of a system malfunction. This installation provides quick support for areas affected by an outage, allowing the highest volume of customers to be kept powered.

The project involves transferring power from the Chicureo substation to the northern zone of Colina, thanks to the construction of a new feeder that will supply the satellite center. From that point, the feeder is divided into three secondary feeders that will interconnect with existing feeders in the sector.

Thus, in the event of an unexpected failure in one of the primary feeders, the other feeder will be able to take charge via remote equipment in the satellite center. The project's first stage is to deliver support to 3,500 customers in the municipality, thus providing greater operational flexibility and larger blocks of available power to meet demand.

Satellite centers help reduce the time a system outage affects customers. It enables fast load transfers between different feeders and the execution of remote-controlled actions from the company's Control Center.