Enel Distribución inaugurated the "Centenario Satellite Center" in Pudahuel, which will strengthen the network and electricity demand of the sector 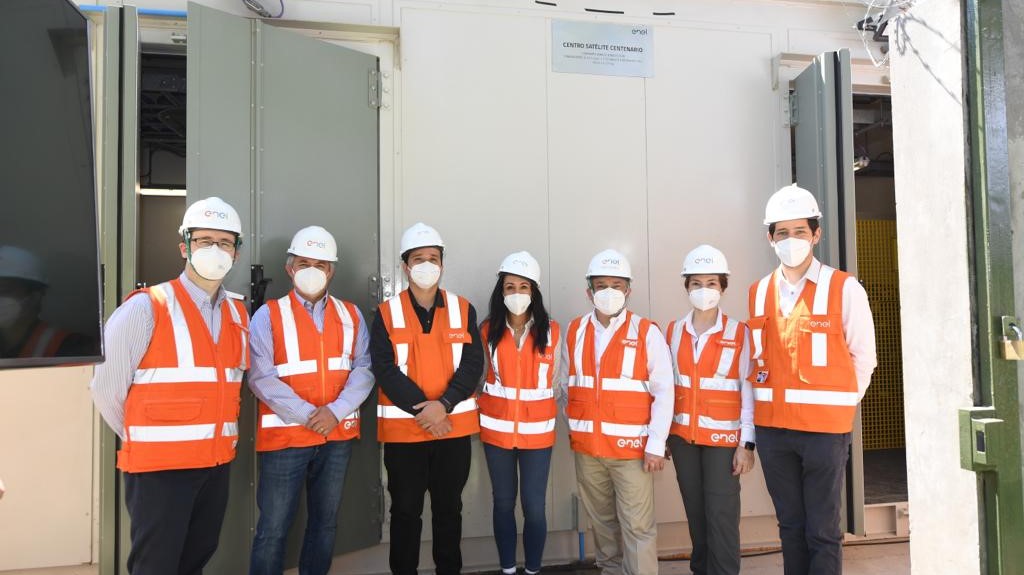 Santiago, November 16, 2021 – To carry out initiatives that seek continuous improvement of its processes and facilities, Enel Distribución inaugurated "Centro Satélite Centenario" in Pudahuel. The first of its kind in the country, it seeks to strengthen the network and electricity demand while allowing adaptability in the event of a power outage.

A satellite center is a device used to divide consumption into small load blocks to reduce impact in an outage. With this installation, it is possible to quickly back up affected sectors, maintaining the highest volume of customers with energy.

"We are proud to be the first electricity distribution company in Chile to have this type of technology, which strengthens our network and will allow us to operate with greater flexibility and efficiency in the event of failures. The Centro Satélite Centenario, located in Pudahuel, is the first of ten facilities that we will implement in our concession area to improve quality standards and continuity of supply for our customers, said Ramón Castañeda, general manager of Enel Distribución.

The Centro Satélite Centenario benefits customers in the western sector of the Pudahuel district. In operational terms, in the event of a power outage of an existing feeder in the area, it is possible to back up around 3,000 customers in the district from the Satellite Center in the project's first stage.

It is worth mentioning that in the first nine months of 2021, Enel has increased investment in its distribution and transmission networks by 14%, compared to the same period in 2020, including the development of quality improvement projects such as the Centro Satélite Centenario.

Enel Distribución inaugurated the "Centenario Satellite Center" in Pudahuel, which will strengthen the network and electricity demand of the sector