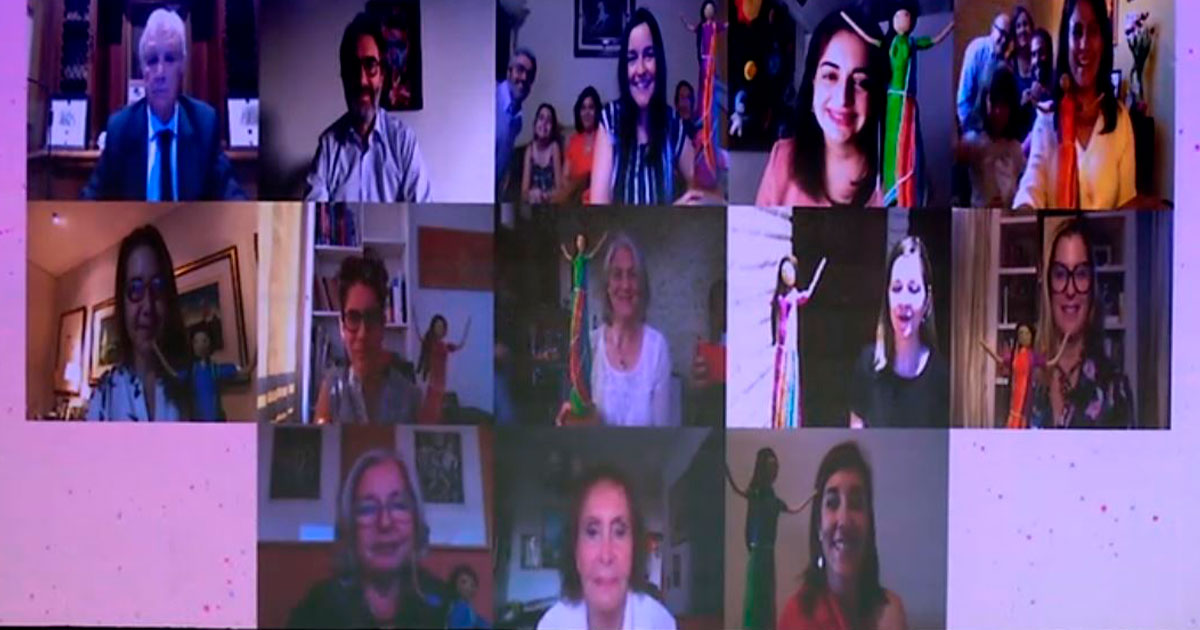 Santiago, November 25, 2020 – Enel Chile held its thirteenth version of the Women's Energy Award, which honored 11 women who work to build a better society and balance public female participation in different activities nationwide. This year's winners, members of the jury, executives, and directors of Enel Chile participated through a virtual ceremony.

The Women's Energy Award has honored 160 women in its thirteen years, including state ministers, art representatives, journalists, social leaders, entrepreneurs, and professionals from various areas. With this initiative, Enel Chile seeks to give public recognition to women's active role in the country, highlighting those whose contribution makes a positive difference in building a better society.

Track record: Adriana Valdés. Director of the Chilean Language Academy and President of Chile's Institute. She is the first woman to hold these positions in both institutions' history. Considered one of Chile's most outstanding essayists, her work has stood out for being multidisciplinary, focusing on literature and the visual arts. In 2010 she received the Altazor Award for her essay "Enrique Lihn: Partial Views."  In 2018 she received the Municipal Literature Award in the Essay for Redefining the Human category: Humanities in the 21st Century.

Public Service: Patricia Muñoz. First National Defender of Children in Chile, a lawyer from Universidad Católica de Temuco, and former director of the Human Rights, Gender Violence, and Sexual Crimes Unit of the National Prosecutor's Office. She began her work on June 1, 2018, working without fear of disturbing other powers and fiercely advocating for children and teenagers' rights.

Journalism: María Paz Epelman. Journalist and Social Communicator from Universidad de Chile and ontology coach certified by Newfield Network. She has 30 years of experience in strategic communication and sustainability. She was President of Acción Empresas, advisor to several companies and institutions, and twice elected among El Mercurio's 100 women leaders and Women Entrepreneurs. She is currently the News Director of Turner Chile, leading CHV Noticias and CNN Chile's integration and incorporating topics such as science, technology, environment, and gender equity into these media's journalistic agenda.

Arts: Carmen Gloria Larenas. The first woman to assume as General Director of Santiago's Municipal Theater. Trained as a ballet dancer from a young age, she was a professional ballerina for Santiago's Ballet for ten years, working with diverse international figures. She also participated in opening the Teatro del Lago. Throughout her communications and cultural management career, she has created and led national and international projects both artistic and educational, with artists such as Yo-Yo Ma, Marianela Núñez, Sonia Yoncheva, and others.

Environment and Sustainability: Maisa Rojas. She is a national and worldwide reference for describing the causes and challenges of climate change. Her palaeo-climatic research focuses on understanding the evolution and dynamics of climate in the southern hemisphere over the last 25,000 years and putting anthropogenic climate change into context. She is the current director of the Climate Science and Resilience Center and professor in Universidad de Chile's Geophysics Department.  She was the coordinator for COP 25's scientific coordinator committee.

Education: Nadia Valenzuela. Science teacher and researcher in microgravity cultures. She works in a school in Angol, which has 97% of at-risk students. She managed to get NASA to donate an instrument called a clinostat (making it the country's only school to have one and totaling only two of these instruments nationwide) that allows students to study seeds and assess space farms as a future possibility. She has also carried out reforestation and beach cleaning days with her students. In November 2019, she received the Global Teacher Prize Chile.

Innovation and Entrepreneurship: Marisol Alarcón. Commercial Engineer from Universidad Adolfo Ibáñez and Master in Public Administration in Development Practice from Columbia University. She is a partner of Laboratoria, a Latin American social enterprise that trains women who lacked quality opportunities as web developers and UX designers, accompanying them in their labor insertion in the digital industry. Marisol led the Chile project in its initial years and today is the Chief Partnerships Officer for Laboratoria Regional, managing relations with its global partners.

Community Work: Gladys Ramirez. Better known as "La Popa," a resident of Cerro Navia, who, motivated by her own experience, transformed what she lived through into an opportunity for permanent help. She founded Amigos de Jesús, which today welcomes 70 young people and adults with disabilities in Santiago and Curicó.

Contribution to the Public Debate: Chantal Signorio, political scientist and executive director of Puerto de Ideas Foundation, a non-profit organization that holds two festivals a year focused on expanding access to cultural and scientific knowledge through literature, history, neuroscience, and mathematics, among other disciplines. She has received awards for her work and is one of El Mercurio's jurors for its 100 Women Leaders.

Enel Chile Women's Energy Award: Pamela Silva. Senior Specialist in Social Responsibility and Institutional Relations of the Enel Group in Chile. During her career in the company, she has participated in corporate volunteering. Thanks to her charisma and closeness to people, she has become a leader on social issues, leading the "Code Blue" program in coordination with the Social Development Ministry, modifying Enel Group's gymnasium into a shelter during winter months.